Skip to main content
To provide you with the best experience, Boulder Dam Hotel uses its own and third-party cookies on its website for technical, analytical and marketing purposes. By continuing to browse our site, you're agreeing to our use of cookies. Please consult our Cookie Notice for more information.

A Brief History of the Boulder Dam Hotel 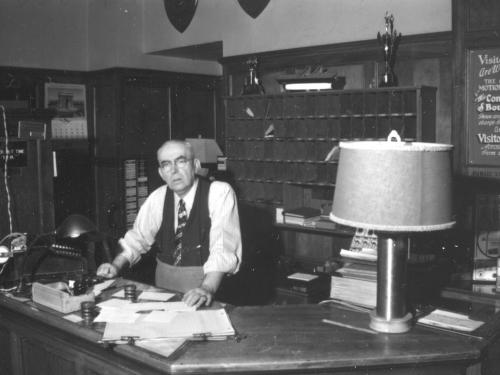 Located on the first floor of the hotel and free to hotel guests, the Boulder City/Hoover Dam Museum tells the story of the Boulder Canyon Project as it was experienced by the men and women who braved the desolation of the Southern Nevada desert to build Hoover Dam and Boulder City.

If the walls of the Boulder Dam Hotel could talk they would tell a story of Jim Webb, who in 1932 had a vision of what Boulder City needed: a grand hotel with unprecedented private baths, air conditioning, and a wood paneled lobby that would welcome world dignitaries visiting the Boulder Dam (now Hoover Dam). Webb?s vision became a reality, and during the 1930s the Boulder Dam Hotel became a huge draw for people visiting Boulder Dam. The hotel also quickly became popular with movie stars who needed to establish Nevada residency so they could obtain a ?quickie? divorce. 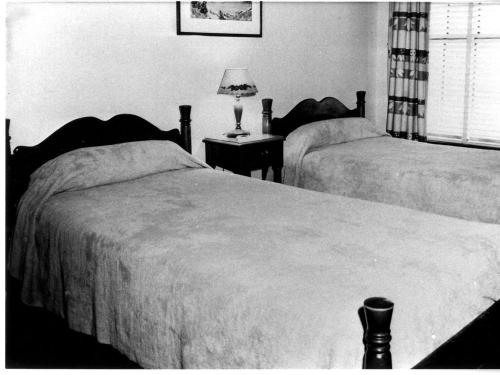 Some of the famous guests during 1934 included A.P. Gianni, founder of Bank of America; Bette Davis, who stayed at the hotel while on vacation following the filming of ?Of Human Bondage;? and the cast and crew of RKO films, who stayed while they produced ?Silver Streak.? Famous 1935 guests included honeymooners Mr. and Mrs. Cornelius Vanderbilt, Jr.; Will Rogers, who was performing on stage at the Boulder Theatre; the Maharajah and Maharani of Indore, India; and Cardinal Pascelli, who later became Pope Pius XII. The remainder of the 1930s welcomed the Duchess of Westminster; George Pepperdine, founder of Pepperdine University; Henry Fonda; Boris Karloff; Senator Robert Taft; Shirley Temple; and Howard Hughes, who recuperated at the hotel after wrecking his airplane on Lake Mead.

With the onset of World War II, the dam was closed to visitors and the hotel suffered from a lack of occupancy. The hotel struggled to recover and, as a result, the hotel has had many owners over the past seven decades. In 1993, the Friends of the Hotel began extensive renovations. Then in 2005, the hotel was acquired by the Boulder City Museum and Historical Association to restore its central place in the cultural life of Boulder City. Today, the hotel is ranked the #1 accommodation in Boulder City (has been for seven years) and hosts many cultural and educational events each year. 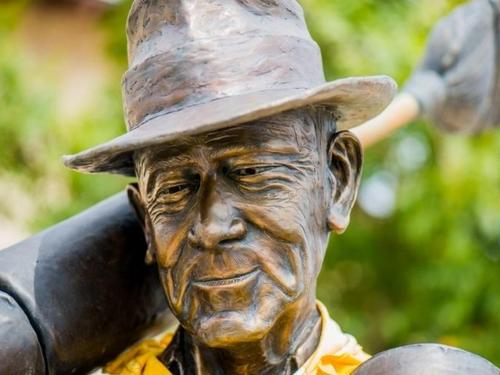 >WALK BC:  Starting and ending at the Boulder Dam Hotel, the WALK BC self-guided, audio walking tour is a one-mile loop through Boulder City's historic district. Hear the engaging story of the men and women who built Hoover Dam, peruse the public art that lines the route, and stop by any of the many fine, independently-owned restaurants and unique shops as you go. 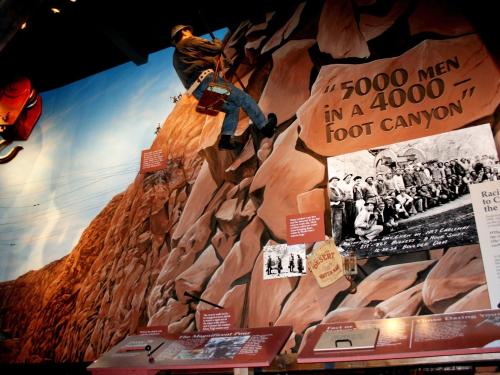 >Hoover Dam Museum: Located on the 1st floor of the Boulder Dam Hotel, the museum describes the challenges faced by the men and women who built Hoover Dam and settled Boulder City. Interactive exhibits and historical footage make the museum a must stop for those visiting Hoover Dam or anyone interested in the development of the American Southwest. The museum is free to Boulder Dam Hotel guests.